Superdelegates. I don’t get them. 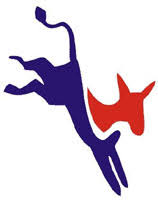 The news of Bernie Sanders’ landslide political contest wins out West should encourage me, and it does. The movement is spreading! More victories like those should guarantee a spot at the convention. The delegate gap narrows, but then there’s the superdelegates. I don’t understand why the DNC came up with that strategy.

Usually picked from a roster of DNC members and state and federal officials, superdelegates to the nominating convention have the freedom to switch allegiance from candidate to candidate if they choose. Isn’t this an unfair advantage? As it was explained to me, one candidate can start the primary process ahead of the others by virtue of their pledged superdelegate count. Even if said superdelegates switch to another candidate, the perception of front runner stands. Most of the country doesn’t follow politics closely enough to carry the latest delegate count in their heads. Perception is reality is perception.

Those with influence in high places undoubtedly do whatever they can to sway the delegates’ loyalty one way or the other. This presents one more opportunity for dirty dealings. After all, what is politics without corruption?

1 Response to Superdelegates. I don’t get them.